Letting the Days go by

We made the quick jump from south of Boston to north of Boston with no problems and little traffic, landing in Salisbury Beach State Reservation. The campground was the opposite in every way from Wompatuck State Park. The sites were wide open, close together, and had electric and power. While it wasn’t as close together as a typical tourist area private RV Park, they were really close together for a state park. Looking back at our pictures, neither Mike nor I stopped to snap a few of the campground. Probably too excited to be back at the beach! 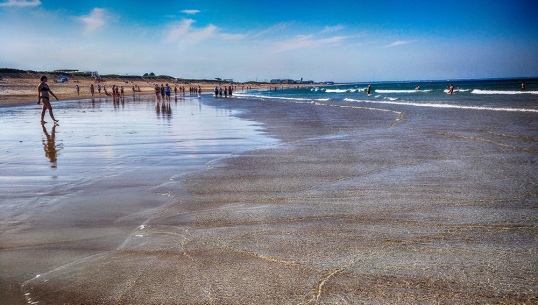 We did quite a bit of touring in the area, and not much hanging at the beach, though. There are so many wonderful towns to check out!

We went as far north as Cape Porpoise, a village just past Kennebunkport, a town we loved when we had visited about 15 years ago. It is still a beautiful town, though it is getting kind of crowded. On the way back, we drove Shore Road, where the Bush compound is located and stopped to admire the view. 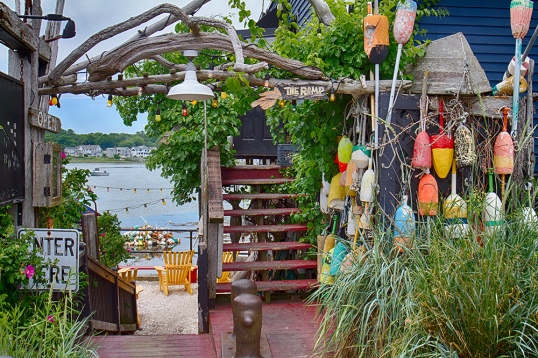 Pier 77/Chowder House restaurant entrances. Too bad it was 10AM, too early for chowder.

Views along the Maine coast 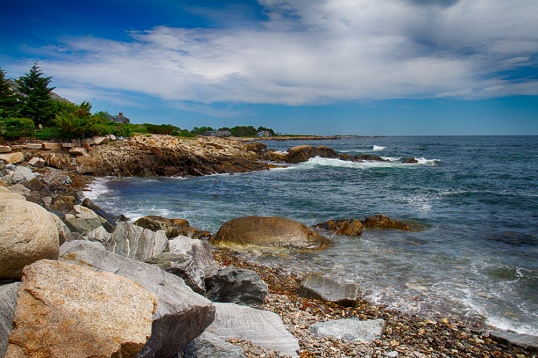 and yet another. Can you blame me? The coast is beautiful!

St. Ann’s Episcopal Church – right on the coast with a beautiful ocean view.

Our favorite town to visit in that area of Massachusetts is Rockport. It is a beautiful little town right on the coast with some of the best lobster rolls outside Maine. 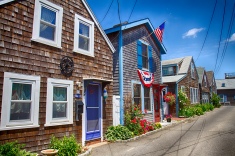 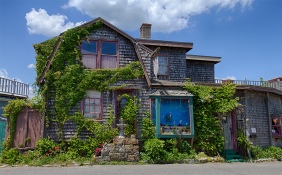 For me, this is the perfect New England coastal town to set down roots – too far from a city to commute but close enough to a city to visit, plenty of things to do and places to eat, and an unhurried attitude in the people who live there. If only it wasn’t so far North! Though the weather is somewhat tempered by the sea, the winters still get a little too cold.

We also passed through Gloucester, a town that used to be my favorite New England town. Over the years, it has gotten so big and so crowded, it is hard to even find one’s way around, let alone find a place to park. We did manage a spot down at the waterfront where we waited out some of the traffic before heading back to camp.

We didn’t spend much time in Surfside, a beach town right next to Salisbury Beach. Our initial first impression was that it was a miniature version of Ocean City, MD and we just weren’t in the mood for crowds and boardwalk fries. We did run around Newburyport though most of our time there was checking out the boats. We were still debating the merits of different traveling styles and whether or not being live aboards was a viable option. 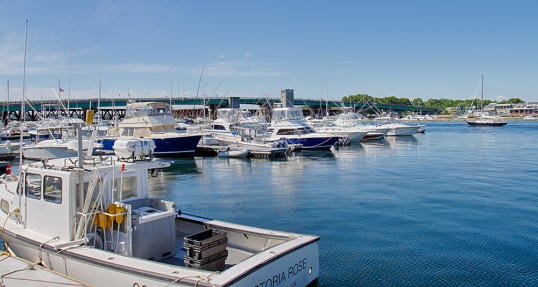 We even managed a stop in Salem for a day. Unfortunately, we picked the one day a week the Peabody is closed. We did manage lunch and a beer at Beer Works. We weren’t thrilled with the fruit beers (a little perfumy) but the pale ale and the witch city red were good. 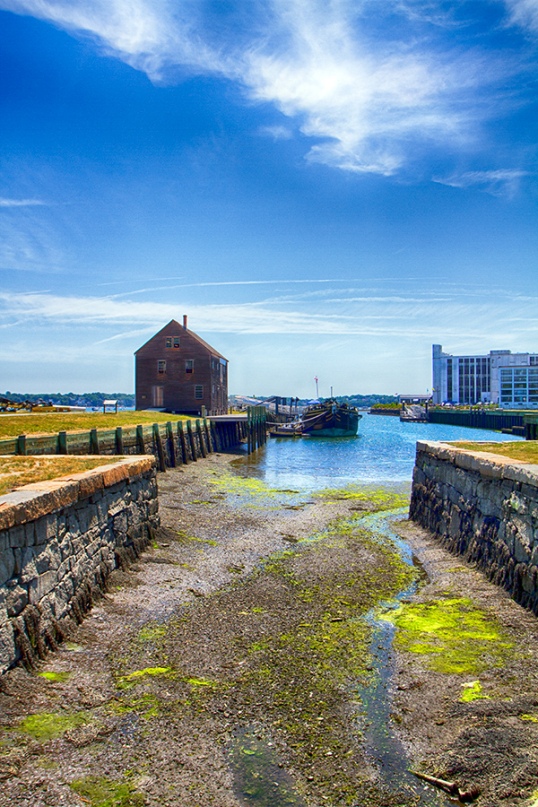 One of the historic wharves of Salem.

The Burying Point cemetery, right next to the Witches’ Memorial. 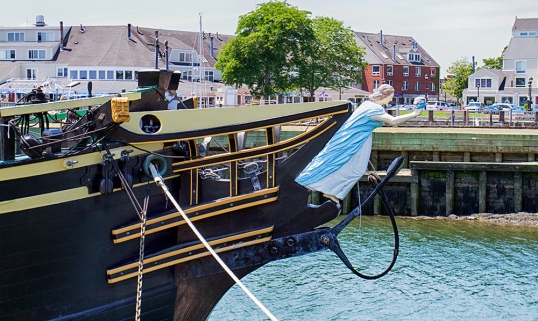 The “Friendship of Salem” just before the haul out. 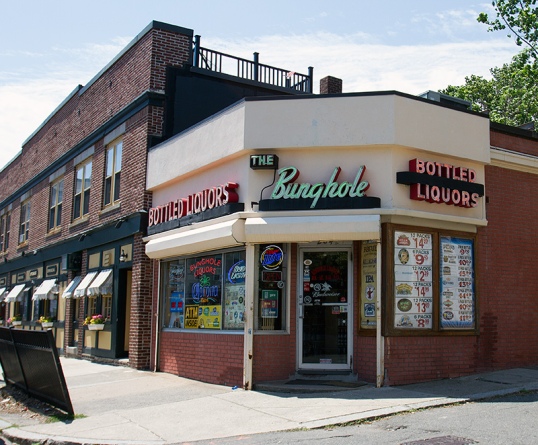 Because buried deep inside my brain somewhere is Beavis. Or Butthead.

Most of the time we were in Salem, our thoughts were on getting to the local ASPCA. We had finally decided we didn’t want to live without a dog or two in our lives any longer and we wanted to find a dog that needed a family. We struck out in Salem. There were only five dogs in their shelter, all pit bulls. The wonderful volunteer did tell us that they would be receiving a ‘shipment’ by the end of the week, but we would be gone by then. As we would find all over New England, there aren’t as many dogs needing families up here as there are down south so the shelters here rescue them and get them shipped north. We decided we would continue to look as we headed north anyway.

We had a great time in Salisbury Beach. The weather was perfect, fellow campers are friendly, and there is a lot to do in the area (maybe too much). Some day we may return and will definitely include this campground in our list of places to stay.